During my travels today at one stage I was in China Town in Fortitude Valley. I popped into an Asian grocery store as I was looking for some Asian sauces. As I wondered amongst the shelves I came across some candles, picture below.

I couldn't resist buying a packet, fully aware that the level of amusement that I was getting from these is about 10 year old level. But it made me think about all of the idiosyncrasies of our Language not just when foreign languages are translated into English or vice versa but also different variants of English come into conflict.For example growing up as a 10 year old there was always the giggle factor around the word Durex. To me Durex was a brand of condoms, how did I as a 10 years old know that? Hmmm! But in Australia Durex was a brand of Sticky Tape and it caused hours of amusement when our teachers kept suggesting we use Durex or asking for the Durex.
As I have grown up I have come across Americans talking about their fanny (bottom) which is totally different, although same region to a fanny as I know it and only females have a fanny in Australia and I think UK. A quick search of the Internet shows that I am covering ground here that has been well and truly covered before. So given that I am covering old ground I will sign off and leave you with this. 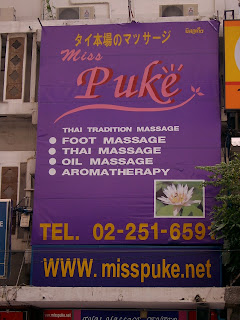 The Bludger.
Posted by Unknown at 08:33 0 comments

On Sunday November 16, after a hot humid day, a wild storm struck the Gold Coast and worked it's way north through Brisbane and the Sunshine Coast. News reports started coming in about 3pm and by 4pm the sky above me was getting rather dark.
I checked the Bureau of Meteorology web site Radar images and decided that the storm would pass nearby but miss me. In a way I was right the storm missed my place. I was entertained for about an hour with a huge thunder and lightning display and torrential rain. I have seen some pretty wild weather in my time and this was right up there with the best of them. At times the lightning was so close there was no discernible gap before the thunder. And it was loud. Despite cleaning my gutters recently, they simply could not clear the water away fast enough so experienced some overflow.
I watched the storm from the shelter of my balcony until the wind sprang up and blew the rain horizontally and I got soaked. The next day there was a lot of leaf and bark litter in the streets but no serious damage. That was when the news reports started to tell about the devastation at a nearby location called "The Gap". The Gap is about 4 km from my place and I have friends who live at the far end about 8km away.
Despite seeing pictures on TV and the internet and hearing the various news reports it didn't really sink in until today what incredible damage had actually occurred. This morning Laurie, the friend who lives at the Gap with his wife, called me up and asked me to go out and see his wife and inform her that she could not drink tap water as it was contaminated. With no power, no phones, no radio, no TV they had been cut off from the world and did not know that their water supply was potentially contaminated. Laurie only found this when he got to work and asked me to pass on the message.
I loaded the car up with drinking water, Gas (for the BBQ) and headed out. It was totally awe inspiring the amount of destruction. The TV news does not show the depth of the devastation. There were huge numbers of trucks carting debris away and dozens of people with chain saws working on trees to make them safe or chop them up to take away. Emergency services all over the place, including the army who have been asked to assist in the clean up. Still no power out that way. Cars with crushed roofs. Houses that looked like the roofs had collapsed or gutters overflowed causing huge internal damage. Many trees still standing but in various states of damage with limbs ripped off or the trunks split apart. The awesome power of nature was on display. It was a sobering viewing and probably helps me understand more what the reality is when I see other disasters on TV. I guess that in 9 months time there will be a baby boom in that area, no power, no TV, as soon as it gets dark there is nothing much else to do but go to bed.

Nick has left the building

Well as anticipated, yesterday November 13th was "D Day" for me. D for Disposal. I have been trying to work out some play on words as November 11 is Armistice Day or more often called Remembrance Day by most people. Technically D day commemorates in the Western cultures the day of the Normandy landings which was the beginning of the Allied counter strike to push the German Army back out of France and ultimately end the war against Germany. It's a weak link at best. (I expect that Germany does not celebrate this day!) I had been given the heads up the night before and about 9:30 I was in front of two of the Senior Partners being told how they valued my contributions, but economic forces were changing, profitability down blah blah blah. Hey wake up!
I sat there saying to myself "Show me the money!" and thinking that if these guys had put as much effort into building their business as they did into fighting amongst themselves and finding out how to slash costs, we would not have had this conversation. But I am not bitter, I never expected to stay there forever, the timing was pretty poor however. My main mission had been accomplished I had left Canberra, I had been paid to relocate, I had 20 months of a fairly easy job and been given a soft landing. Time to move on for me.
There was a bit of devastation around the firm with a total of 16 people made redundant, not quite 10% but getting up there. It was a big shake up, pretty much all of the younger staff cried as did a few more mature people. People cleared their desks out and left throughout the day. I had a few loose ends to tidy up and couldn't get out until mid afternoon. Gave me time to say goodbye to a few people however. Eventually I rode off into the (figurative) sunset.