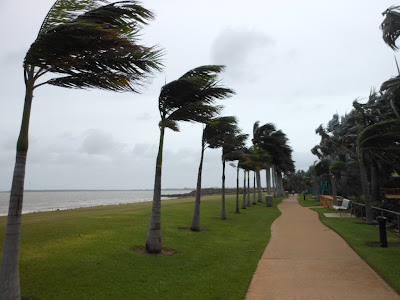 Rambutan are fairly cheap and plentiful at the moment and I have been eating a fair few. I have learnt however that they don't last long on the shelf. I have since learnt to keep the majority in the fridge and pull a few out each day.
However I wanted to discover if there was more that I could do with these fruits. So a bit of Googling later.
The seed is quite large and looks quite appealing, I wondered if it was edible. The answer is no the seeds are not edible as they contain a toxin. However the Thais prepare them in a sort of Chutney, they boil the seeds which must leech the toxin out. That did not seem appealing.
Oil can be extracted from the seed. This can be used to make Candles. I wonder what happens to the toxin in that extraction process?
I did come across a recipe called Savory (sic) Stuffed Rambutan  there were a couple of sites that had variations of the recipe, the above one was the most complete recipe.
However this lacks some detail. What gets stuffed? In fact as far as I could see nothing. How are the Rambutans prepared? Cut? Sliced? Whole? No idea and no details.
Despite the lack of detail I decided that I should try to make a variation of this. What sprung to my mind was cooking the above and presenting it in lettuce leaves. Very much like San Choy Bow. It would need a slight modification to the recipe. Here is what I came up with.

In a frying pan cook the coriander root and garlic until the flavours are released. About 60 seconds.
Turn up the heat and add the meat, cook until the pink dissapears, then add the Onion, Carrot, Peanuts, Soy Sauce, brown Sugar and Chilli. You are looking for a fairly dry consistency and a quick cook. Fry it don't let it stew in any juices released from the meat.
Add the Rambutan and Coriander Leaves. Stir for another 30 - 60 seconds.
Spoon the mixture onto Lettuce Cups and serve.

It tasted OK and would make a viable alternative to San Choy Bow as an entree or starter. There were a few crunchy bits when eaten, I don't think that they were intended. I could not work out whether this was bits of skin left on the Rambutan, the sugar (which was crystalline) or the Peanuts or I had not washed the lettuce thoroughly. I think it was the sugar with hindsight, I probably should have put that in with the meat before the other ingredients.
The Bludger did not go hungry that night.